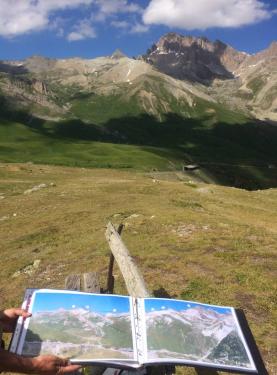 Introduction to Course: The Alps form a crescent shape mountain belts that extends ~1200 km, which are the highest and largest mountains in Europe. The mountains formed during the Alpine orogeny in the Cenozoic as a result of continental collision between African and European tectonic plates. The tectonic process involved extensive crustal deformation of Mesozoic and Cenozoic strata, exposed today as some of the most-well known examples of folds, thrust faults, and duplexes. Cenozoic strata deposited during tectonic uplift are also world-famous with thick accumulation of marine and continental sediments known as flysch and molasse, respectively.